WHO Framework on Anti-Smoking Campaign

Filipinos, kindly prepare for the worst…

I hope I am wrong but April is a month to reckon with. Despite the lockdown, which is seem to work in the Philippines, expect the pagan worshipping, procession goers and pork-eating Filipinos to severely suffer the wrath of the Heavenly Father for maintaining their Catholic-Christian or Babylonian tradition. This is if, we consider Isaiah […]

Philippines and USA in COVID-19 Pandemic 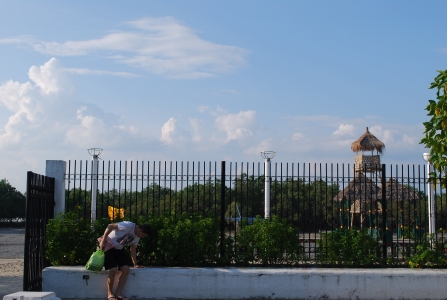 Walking at the side walk

Anti-smoking campaign is ongoing. It became a legal battle between the health sector using WHO Framework on anti-smoking campaign and tobacco industry, not only at the national level but also at the local government units level. The health sector was promoting the passage of a “model smoke-free ordinance” in LGUs but, in defense, the tobacco industry is conveniently seeking refuge in the provisions of Republic Act no. 9211 passed by Congress.

What is a “model smoke-free ordinance” and how should it be viewed vis-à-vis R.A no. 9211 otherwise known as the Tobacco Regulation Act (“TRA”) approved by former President Arroyo on June 23, 2003?

The model being espoused by the health sector had rooted from WHO Framework Convention on Tobacco Control (WHO FCTC), the Philippines being one of the signatories as of September 23, 2003, among the 171 countries. The framework entered into force on February 27, 2005. Under the framework, parties are required to adopt the following key measures, to wit:

Above measures were adopted by WHO FCTC at it strongly discourages smoking as it kills by way of deception and addiction to satisfy the profit-making business of the tobacco industry.

Based on a deeper analysis however, R.A 9211 is allowing smoking but in a regulated way. It even protects the tobacco stakeholders. The policy of the law states:

Section 2. Policy – it is the policy of the State to protect the populace from hazardous products and promote the right to health and instill health consciousness among them. It is also the policy of the State, consistent with the Constitutional ideal to promote the general welfare, to safeguard the interests of the workers and other stakeholders in the tobacco industry. For these purposes, the government shall institute a balanced policy whereby the use, sale, and advertisements of tobacco products shall be regulated in order to promote a healthful environment and protect the citizens from the hazards of tobacco smoke, and at the same time ensure that the interest of tobacco farmers, growers, workers and stakeholders are not adversely compromised.

The law ensures that the interest of tobacco farmers, workers and stakeholders are not adversely compromised.

Perhaps, it is right to say that there are no other “stakeholders” in the tobacco industry other than the tobacco manufacturers, sellers and distributors. Clearly, while the law admits that smoking is risky to health as its purpose is also to “inform the public of the health risks associated with cigarette smoking and tobacco use”, it provides the balancing act of protecting the tobacco industry. Is this logical?

It appears now that the same protection given by law to tobacco industry is being utilized to assail any attempt to have a smoke-free environment under the local government units level. And it seems that the industry is winning the game based on the jurisprudence laid down by the Supreme Court as regards the relationship between national laws and local ordinances, where the former always prevail over the latter, in case of a conflict. Thus, the need for more vigorous anti-smoking campaign in Congress.

>>>To  Home Page to also proceed to The Forum

By aaphil in Regulatory Laws on August 17, 2013.
The Ethics for Public Health Workers →
%d bloggers like this: