In G.R. No. 207145, the Supreme Court (SC) en banc ruled on the petition on Magna Carta benefits filed by the Philippine Public Health Association, Inc (PPHAI) against the Department of Budget and Management (DBM), Department of Health (DOH) and the Civil Service Commission (CSC).

The petition, which was decided on July 28, 2015 as partly meritorious, concerns the issues on hazard pay, longevity pay and subsistence allowance under DBM-DOH Joint Circular no. 1 dated November 29,2015 and step increment due to length of service under item 6.5 of DOH-CSC Joint Circular dated September 3, 2012. It was filed last May 31, 2013.

While the Court en banc found the END_OF_DOCUMENT_TOKEN_TO_BE_REPLACED 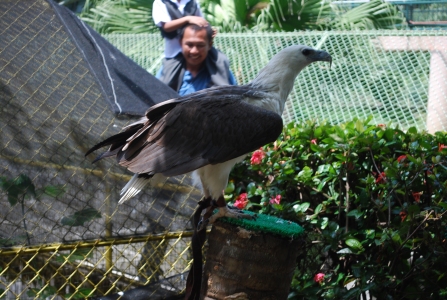 At the local government level, the members are the health officials and employees in  some provincial, city and municipal health offices and the medical, para-medical and administrative personnel in some devolved hospitals, including the barangay END_OF_DOCUMENT_TOKEN_TO_BE_REPLACED

After 1993, a decline in membership of PPHA was noted. It  was due to the transfer of devolved health workers to LGUs when devolution of health services pursuant to R.A 7160 was implemented and due to lack of sustainable leadership that existed because of  demoralization of significant number of public health workers.

The disparity of salary and benefits received between devolved and nationally paid health workers, including the former’s inequitable treatment by local government officials had divided the public health workers.

At the hind sight, Republic Act 7160, otherwise known as the Local Government Code of 1991, experimented on health delivery system by setting apart the public health workers into two (2) groups like guinea pigs. One group is assigned to a relatively secured employment and economic status END_OF_DOCUMENT_TOKEN_TO_BE_REPLACED

On vacation at the Park

In 2005, the mortuary benefit was increased from P10,000.00 to P20,000.00 for members who are paying the provident fund of P100.00 in addition to the annual membership due of P100.00 if he or she is a non-life member. It was implemented in some local chapters but the benefit itself was not enough.

On  July 22, 2009,the PPHA National Board approved the Omnibus Guidelines on PPHA Benefit Package offering the following benefits to members in addition to the increase of mortuary benefit to P20,000.00, to wit: 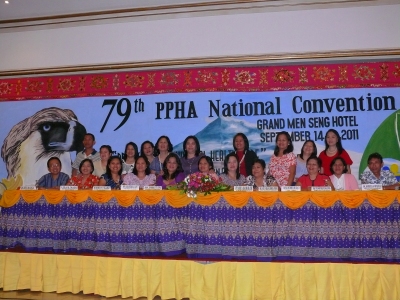 Called for by prevailing circumstances, the Philippine Public Health Association (PPHA) national Board approved the group legal assistance for devolved health workers and those employed at health related establishments, where PPHA will litigate cases for and in their behalf.

The cases concern only the implementation of salary increase and Magna Carta for Public Health Workers.

This assistance is incorporated in the Revised Omnibus Guidelines on PPHA Benefit  Package approved on September 13, 2011 in Davao City, Philippines.

The PPHA mandate is based on its Articles of Incorporation stating the purposes of the association: 1) to help upgrade the  standard and delivery of public health services and 2) to promote and protect the rights and interests of its members. END_OF_DOCUMENT_TOKEN_TO_BE_REPLACED